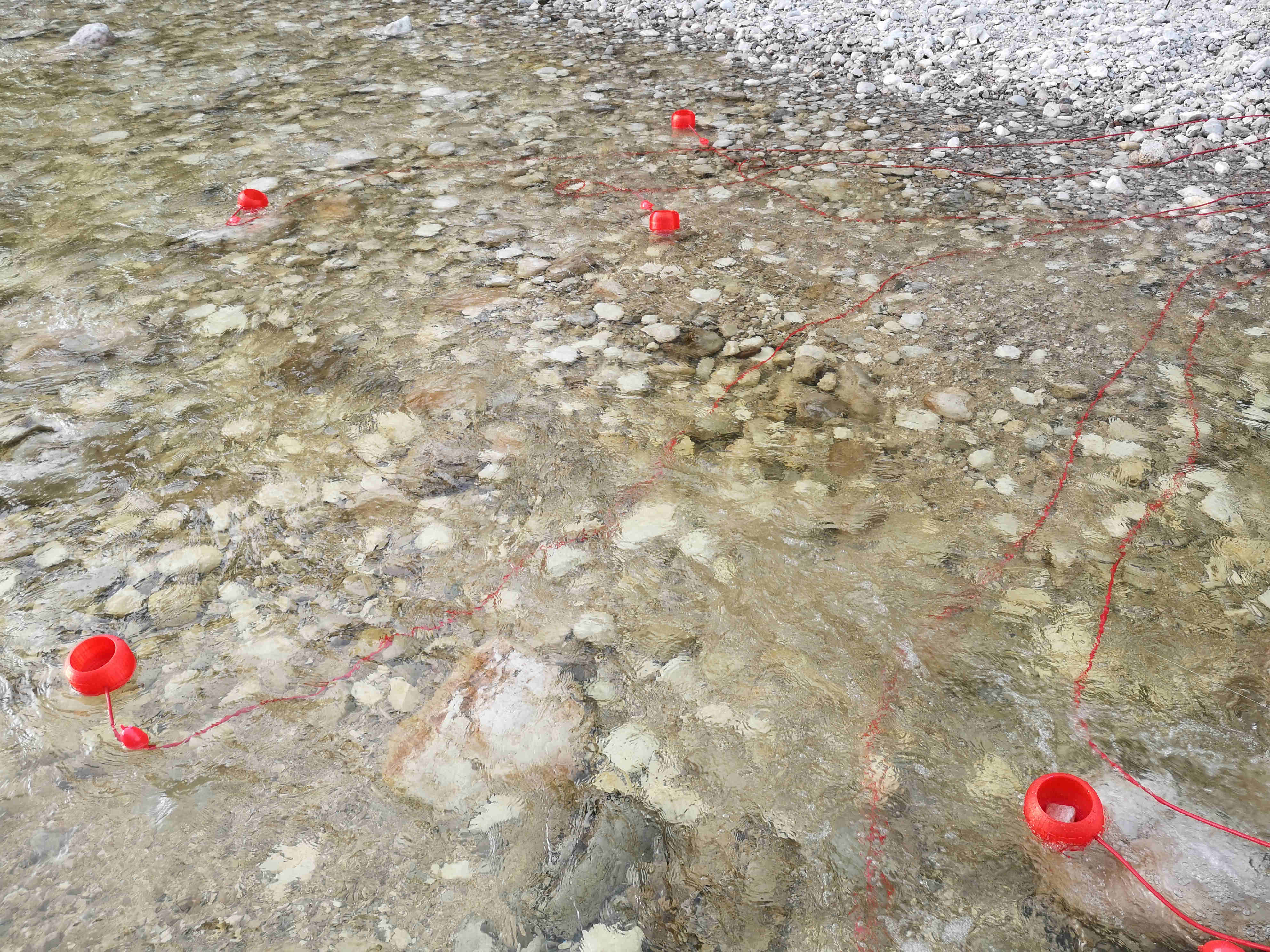 Babble v.1 captures the sound of water with 8 hydrophonic bowls. The Nature and Cyberspace stream will be presented as an installation and as a Nightline Act.

Babble speaks to the naissant language of the river as it does of infants. The flow of the river imparts her poetry and her constant becoming upon the landscape - by the rocks she smooths, through the crevices she carves, with the lakes she feeds and by the soundscape she amplifies.
-
Listening to the flow, free and without hesitation, rhyme or reason, Babble induces raw and primordial instincts.
-
The river speaks in a tongue that is at once numbingly beautiful, refreshingly noisy and yet relentlessly calming.
-
The river speaks for herself.


Babble v.1 is a temporary intervention in the landscape, 8 hydro-phonic bowls - these are small red sculptures that host piezoelectric devices that allow the micro-vibrations to be collected at proximity, amplifying the surface sounds of the river's flow, babbling and burbling over fallen trees and rocks. These devices were able to isolate and remix the chatter of the river in real-time - her flow becomes a stream on the internet - replaying the idea of the continuous flow in cyberspace.

After several years of research and recording of underwater sounds around the world, we wanted to set up a sound installation that could take up certain elements of this research while proposing a form of sculpture that would be part of the surroundings without interrupting it - but rather with a view to revealing it, opening up another listening area and transforming the currents of the flow into a spatialization of music composed of liquid sounds.

-
Babble v.1 will be shown as an installation in the entrance area of the STWST, the sounds will also be presented as a sound performance as part of the Friday Nightline.
-

The intervention was first live streamed on the 26th July 2021, and was developed during a residency on the Eleonore in conjunction with Stwst48 in Linz.

With the support of the Institut Francais and the Ville de Nantes.

The work shown is one of several parts of this year's exchange between APO33/Nantes and STWST/Linz.

Solar Return Nantes based artists Jenny Pickett and Julien Ottavi created Solar Return in 2009. They have produced performances, installations and various scores for using audio synths/oscillators/DIY electronics etc…which reflect patterns from electromagnetic events such as solar flares and inner city mobile phone masts, to the hidden sonic environments as well as the unfathomable audio from the world of kitchen appliances and the sonic secrets of our “natural” environment.

Julien Ottavi has been developing a language of noise since the 90s his energy and initiatives range from “[..] activism through practice, organizing as performance, publishing as networking, open source and open aesthetic.” 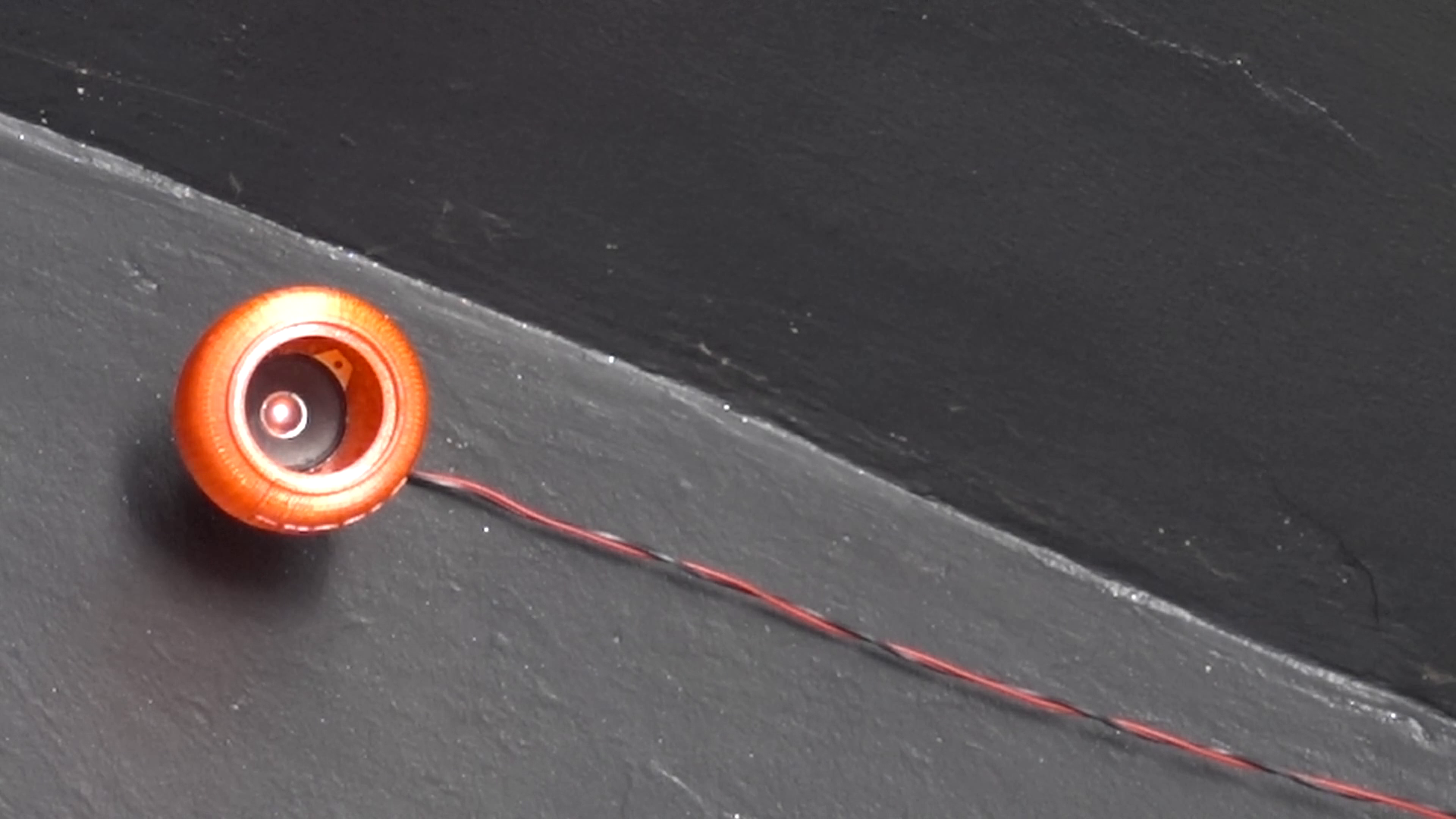 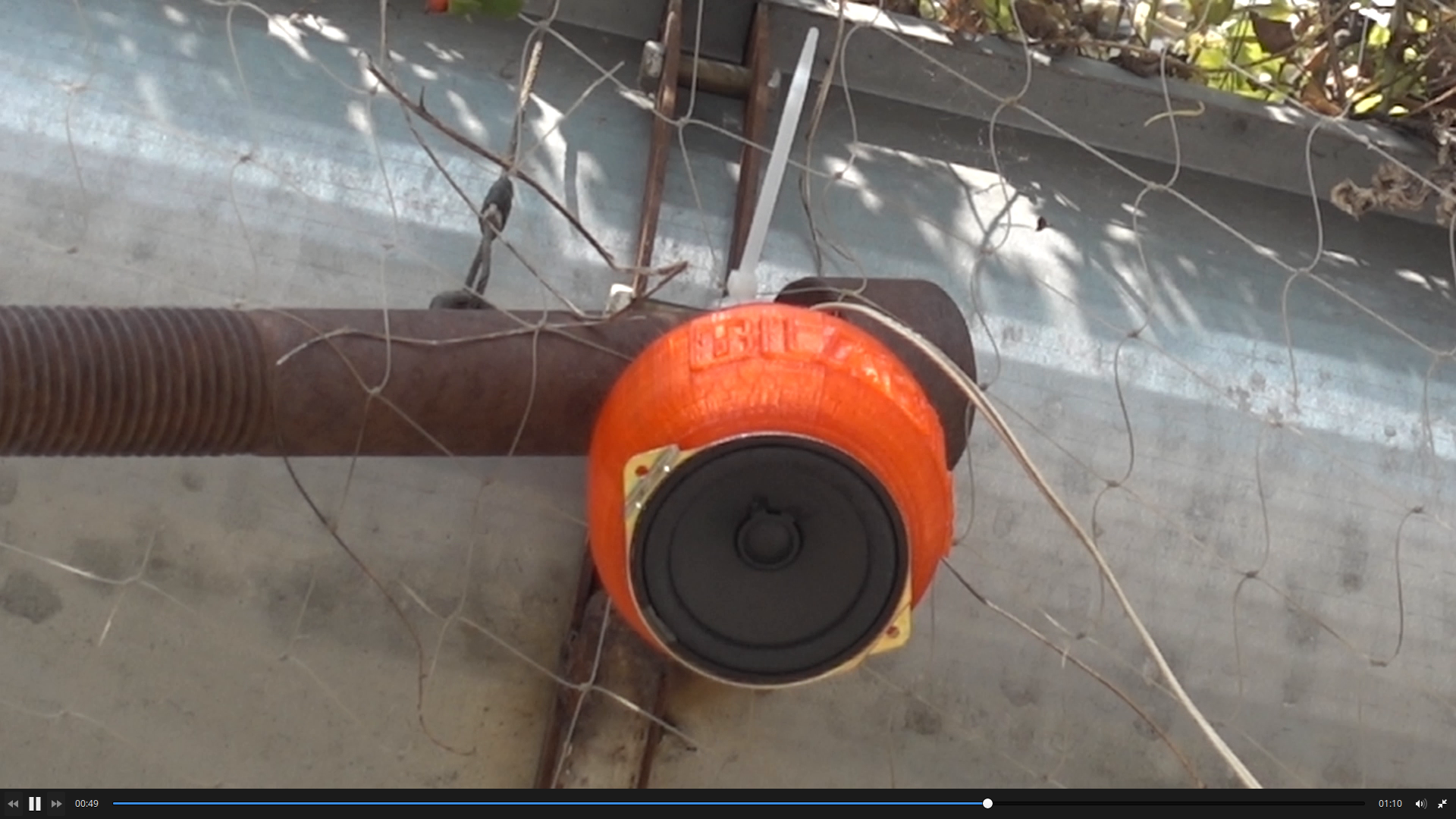 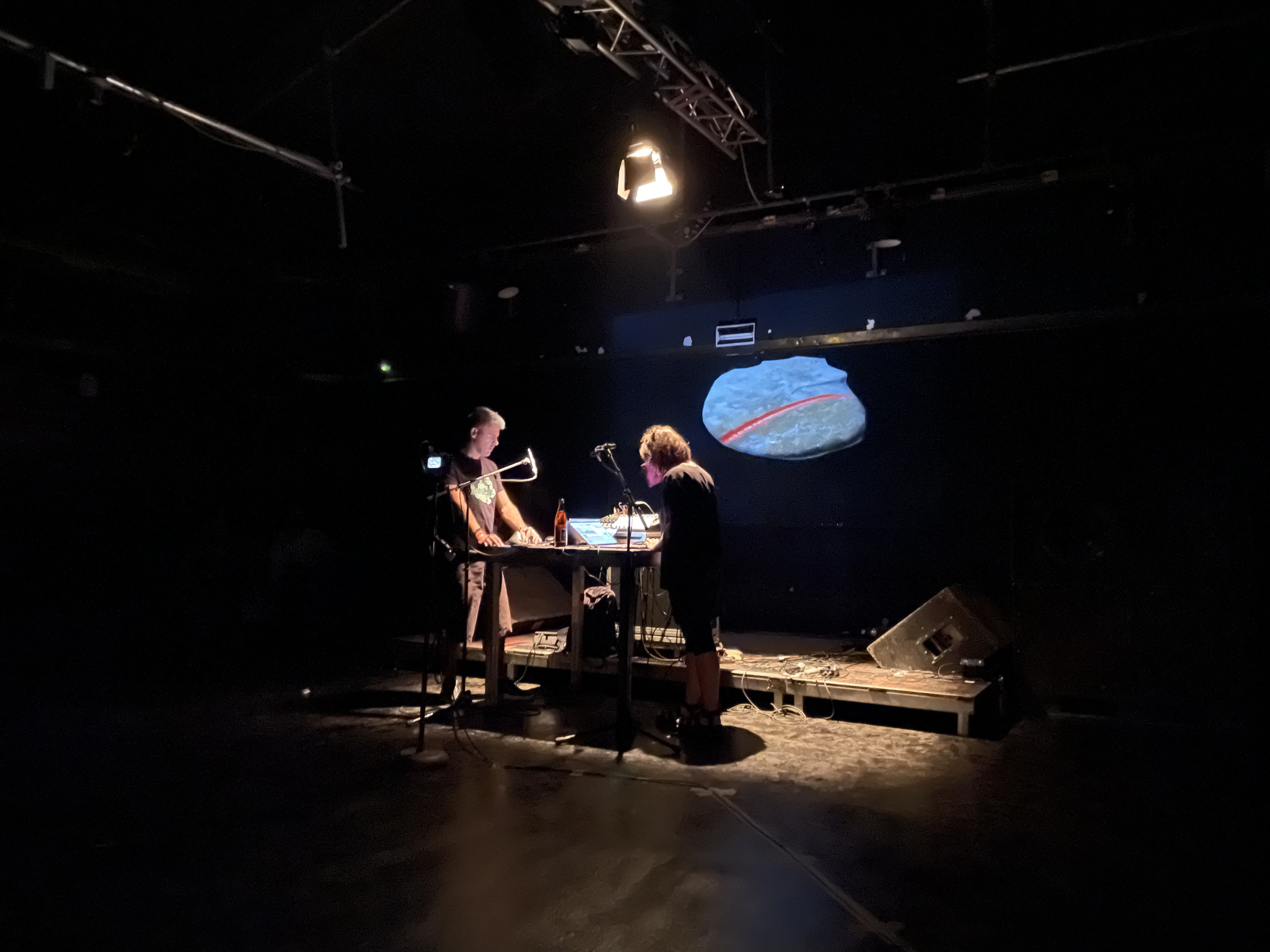 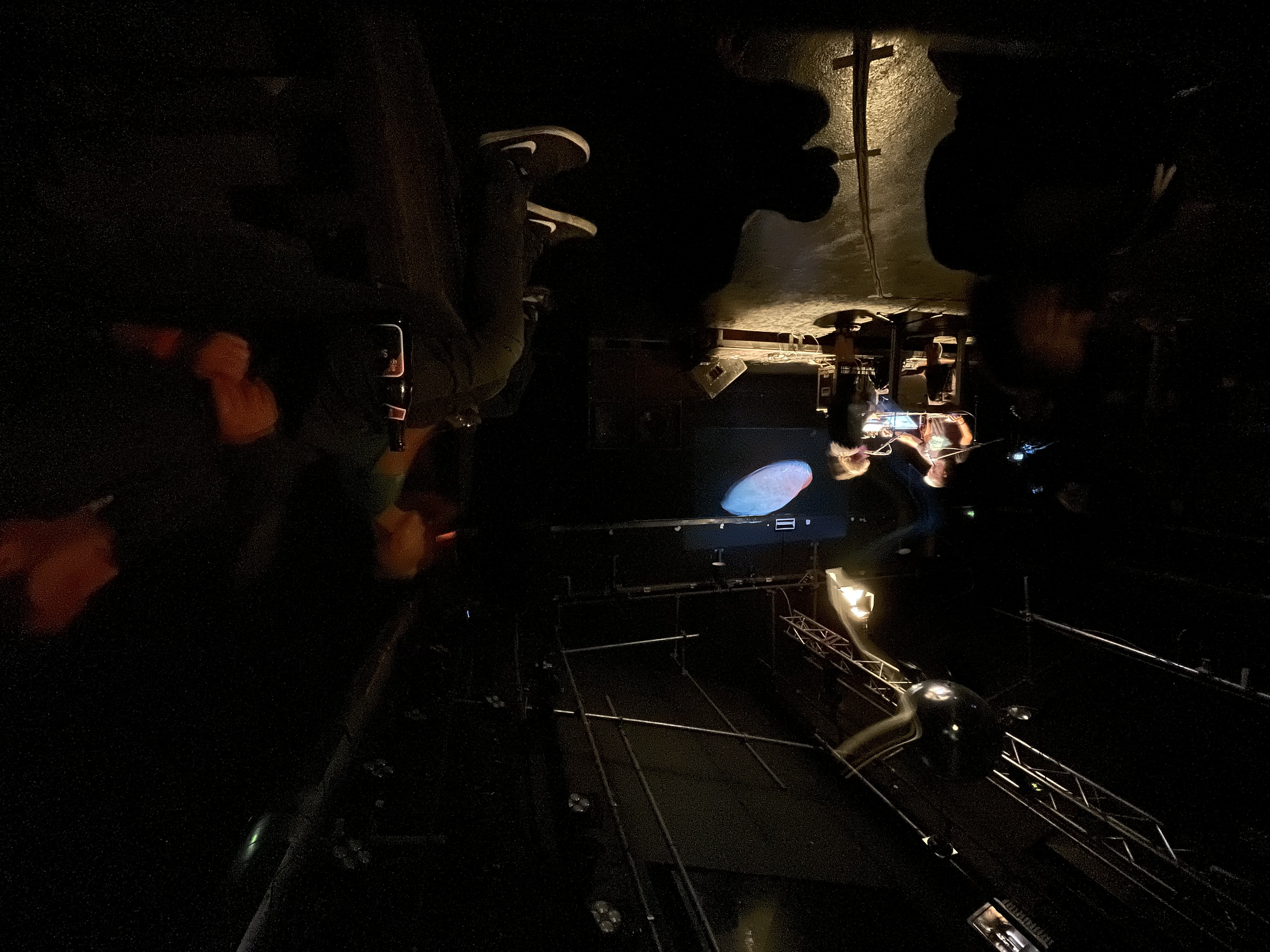