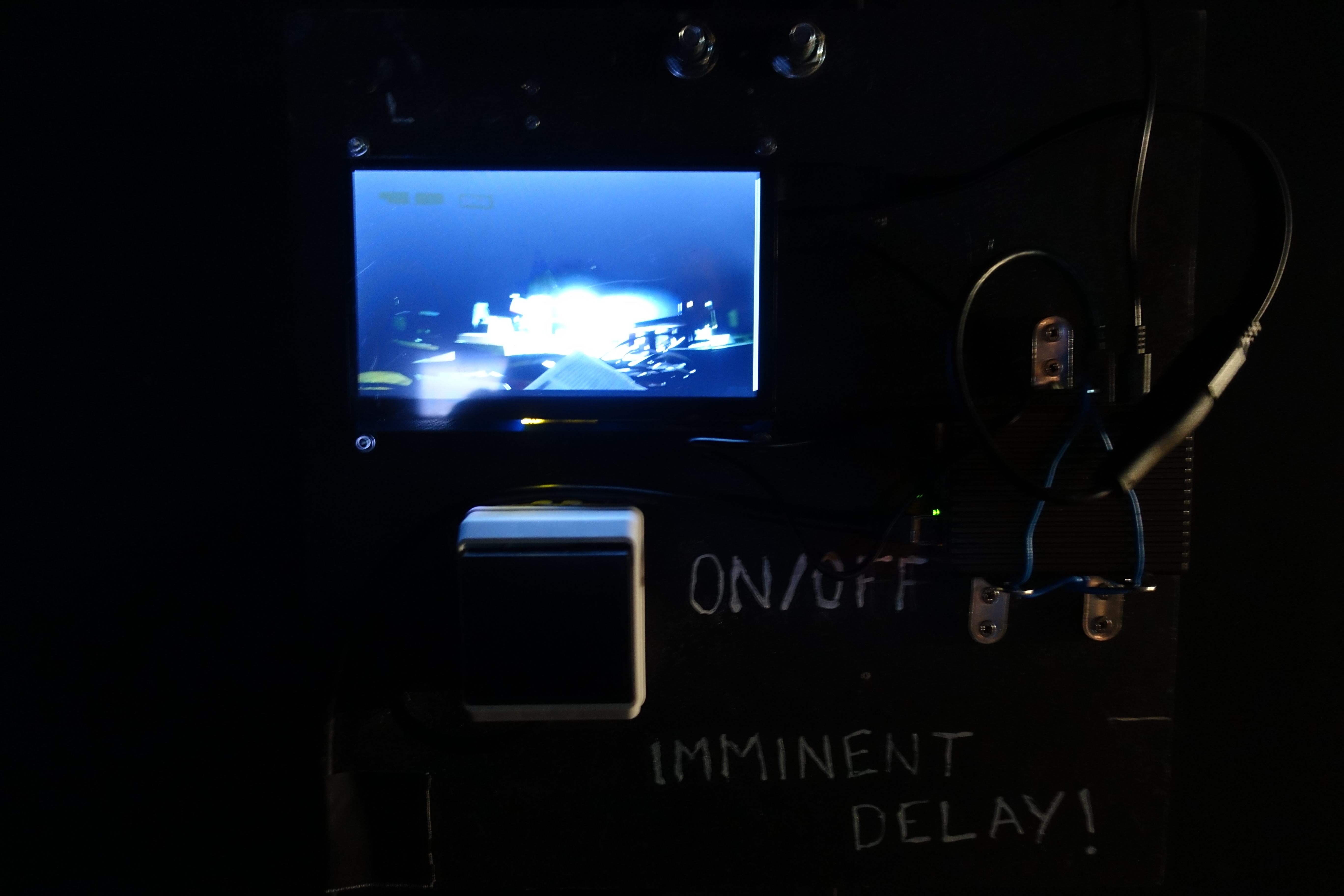 A light source hanging at its own location is telematically operated and streamed by switch.

The work On/Off establishes telematic proximity to one's own location via a toggle switch. In a certain way, it thematises telematic connections to oneself: A light source hangs above one's own streamed location and can be switched on and off via the network. Background from the STWST Streaming Department: The reduction of content addresses the larger question of what can actually be conveyed via stream. The idea of streaming little or no content did not first arise in STWST during the lockdowns. But especially from then on, there was increased criticism of streams as substitute venues: for example, STWST broadcast empty rooms or underwater concerts for the fish. After concerts played in STWST in front of no one and at the same time as an unstreamed act for the universe, several streaming concerts took place at dawn. Here the waterfront location, the sunrise, the sound setting and the invited artists became equal actors. The work On/Off is a continuation, further reduction and questioning of a reality in 'Imminent Delay'.


The work was shown in the summer of 2021 at electropixel 11, as part of the STWST and APO33 Exchanges at Plateforme Intermédia in Nantes/F.


The STWST No Content Dptm. has repeatedly dealt with the artistic impact of information transmission. Since the 2020 caesura in particular, it has dealt with the thematic complex of 'Streaming Less' through these projects:
https://newcontext.stwst.at/en/veranstaltungen/unterwasser_stream_grundltv 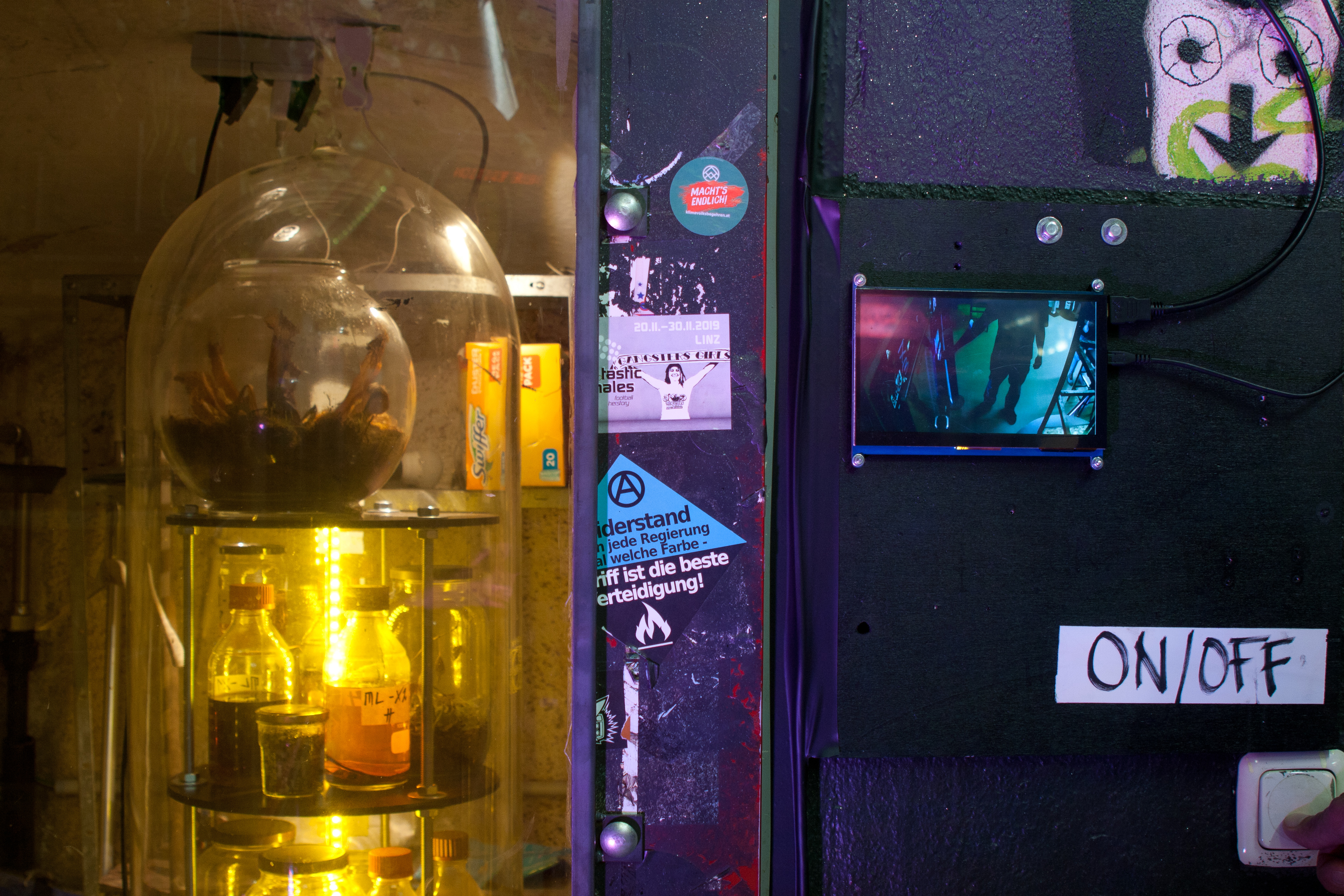 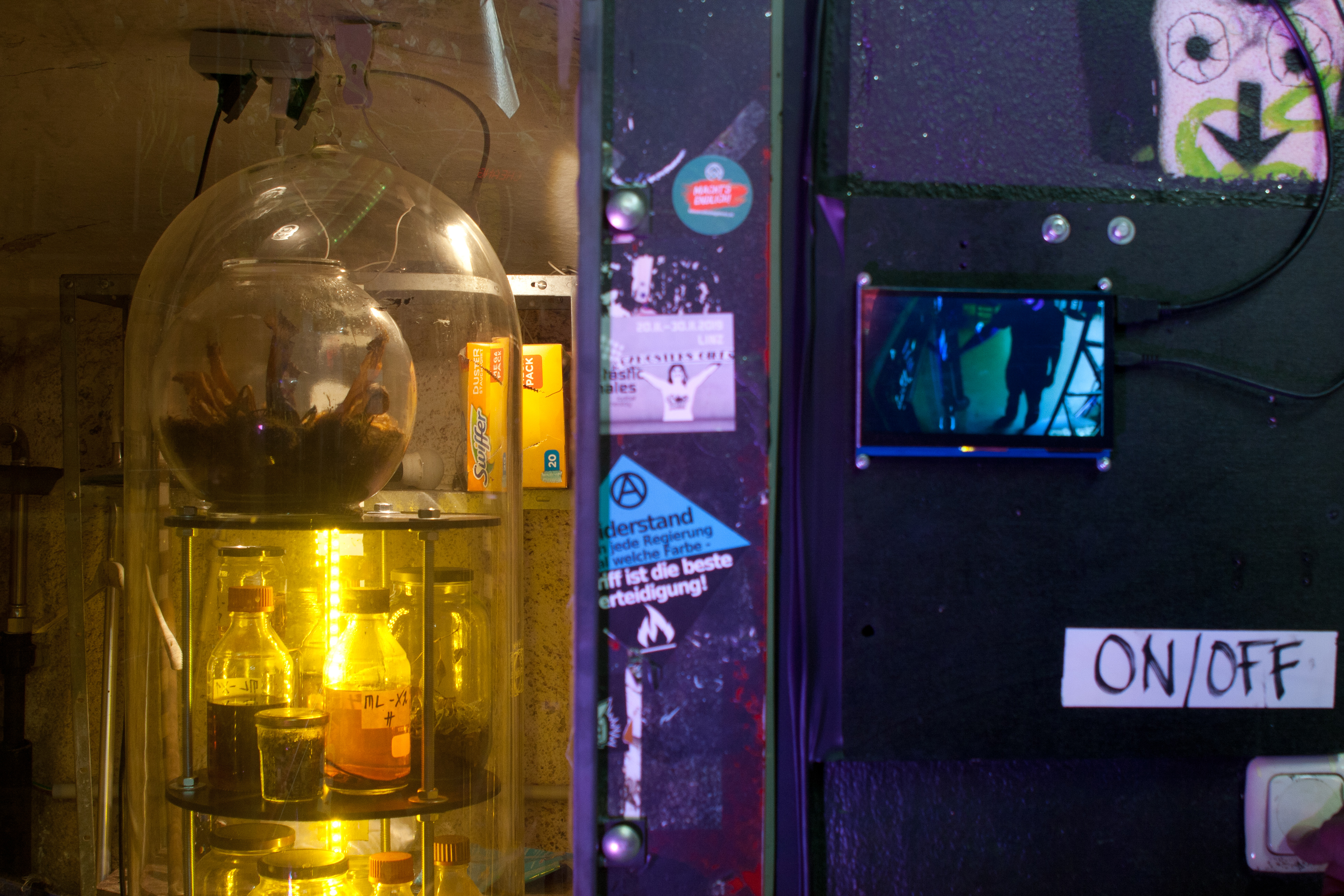